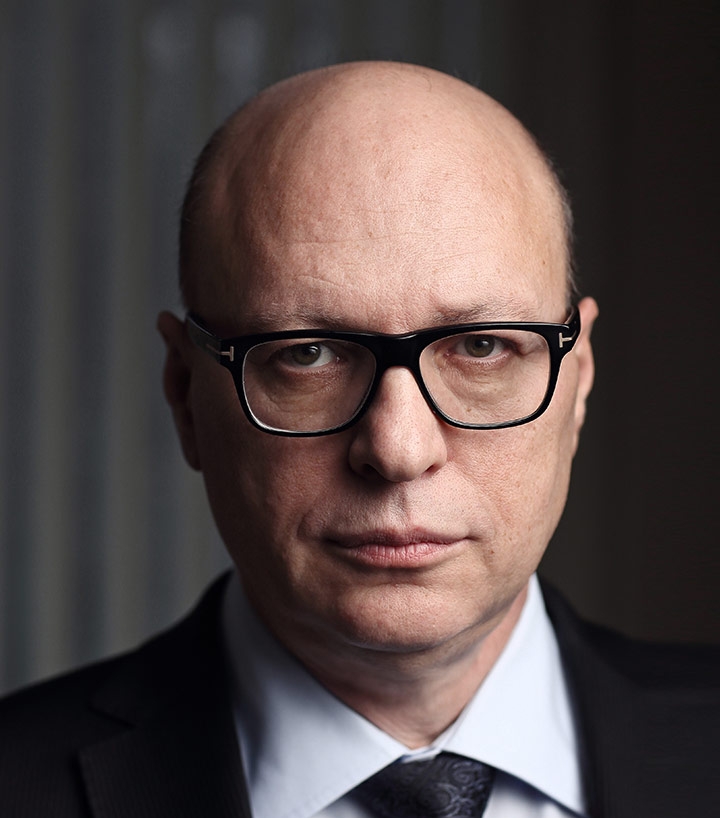 Chairman of the Board of Directors

Mr. Vladimir Polin joined Polyus in August 2014. He has extensive managerial experience in the metals and mining sector. Prior to joining Polyus, Mr.Polin was Chief Operating Officer at En+, a leading Russian industrial group with assets in the metals, mining and energy sectors. Before that, for three years, he headed the East aluminium division at Rusal, the world’s leading aluminium producer. Prior to joining Rusal, Mr. Polin spent almost ten years at Mechel, a major coal and steel producer in Russia, in a variety of senior posts including Chief Executive Officer and Senior Vice President at Mechel Management.

Mr. Polin graduated from Chelyabinsk Polytechnic Institute with a degree in metallurgy.

He has been serving on the Board of PJSC Polyus since April 2016. 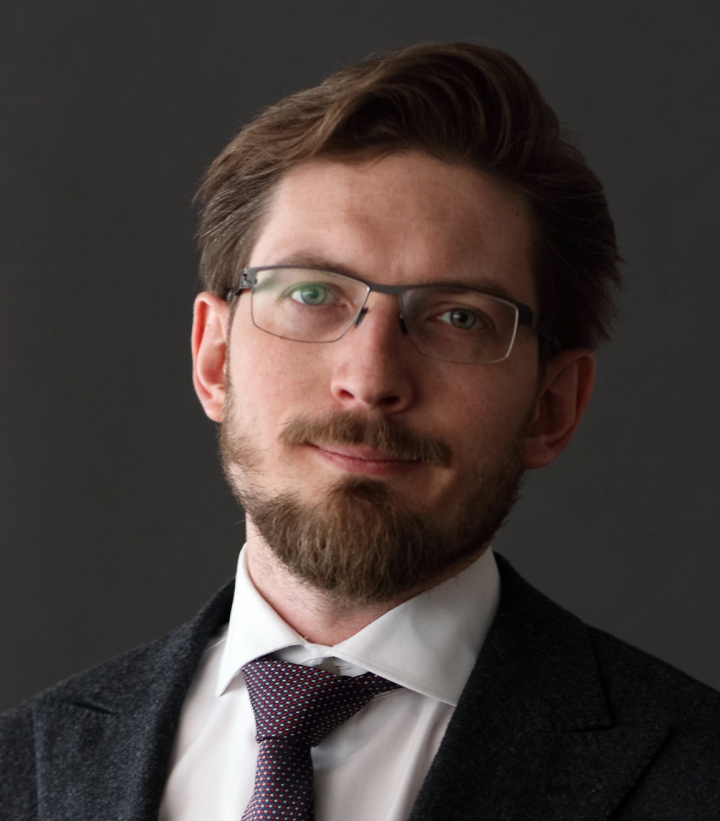 Alexey was appointed CEO of Polyus in 2022. Prior to the appointment Mr. Vostokov served as Corporate Secretary and Head of Polyus corporate division. In these positions he was actively involved in a number of landmark transactions at Polyus, including Polyus Re-IPO and acquisition of Sukhoi Log deposit. Mr. Vostokov was also responsible for corporate governance and international support of Polyus and served as a Company`s Board member.

Mr. Vostokov currently serves as a Board member of PJSC Lenzoloto.

Mr. Vostokov joined Polyus in 2014 following a successful career in leading venture capital companies where he was responsible for corporate, legal and M&A matters.

He graduated with honours from the Krasnoyarsk State University (a part of the Siberian Federal University since 2006) with a degree in law. 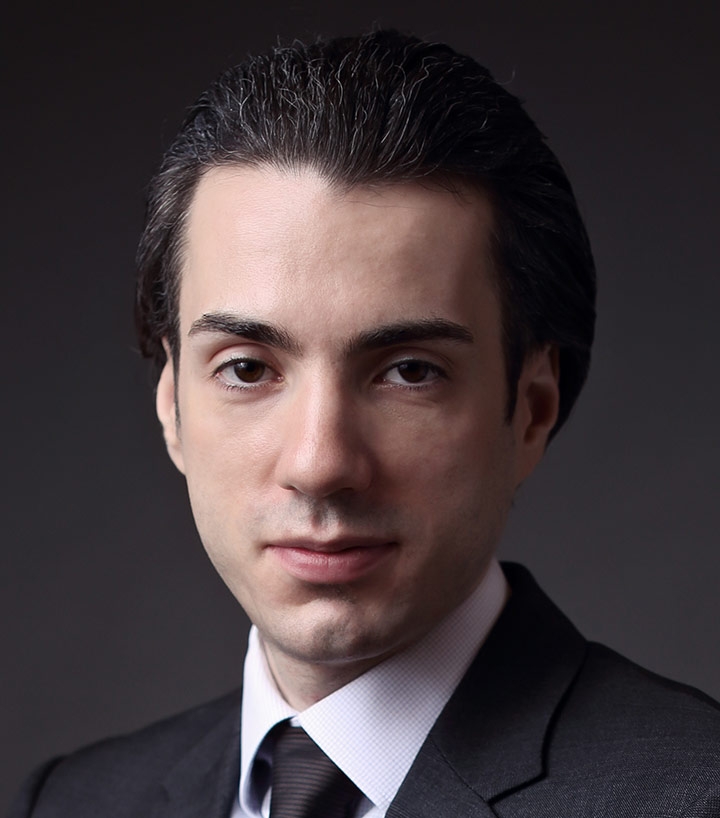 Mr. Mikhail Stiskin joined Polyus in 2013 following a highly successful career in investment banking. Mikhail was Managing director at Sberbank CIB (until 2011 known as Troika Dialog where Mikhail was also a partner), a corporate and investment banking arm of Sberbank, Russia’s largest financial institution, where Mikhail was in charge of research coverage of the metals and mining/fertilizer sectors. For many years in a row Mikhail’s team rated as best in the sector within both the CIS and EMEA regions, according to annual institutional investor surveys. Mikhail has also been actively involved in a number of landmark transactions in the sector.

Mr. Stiskin is a Non-Executive Director of Detsky Mir.

He has been serving on the Board of PJSC Polyus since May 2014.

Julia Andronovskaya brings over twenty years of professional experience in human resources. She served as Polyus’ Vice President of Human Resources & Organizational Development since 2021 till recently.

Before joining the Company in 2016, she spent eight years at SUEK, where she held various positions including Head of Talent Acquisition & Development and Deputy HR Director. Julia supervised numerous talent and development projects, optimized the recruitment process and improved efficiency in employee training. While at SUEK, Julia also held responsibility for developing the corporate HR brand and communication channels, as well as leading the development and implementation of the Corporate Code of Conduct.

Prior to this, Julia managed the optimization of HR-related business processes and policies at RUSAL, as well as conducting a management system audit, having originally joined as an executive search manager for Russian and international projects.

Julia began her career in HR management at a recruitment agency, where she was involved in a variety of different projects.

Julia graduated from the Moscow City University where she majored in Management. She has successfully completed training for the CIPD Qualification Certificate in L&D, as well as Global Remuneration Professional. 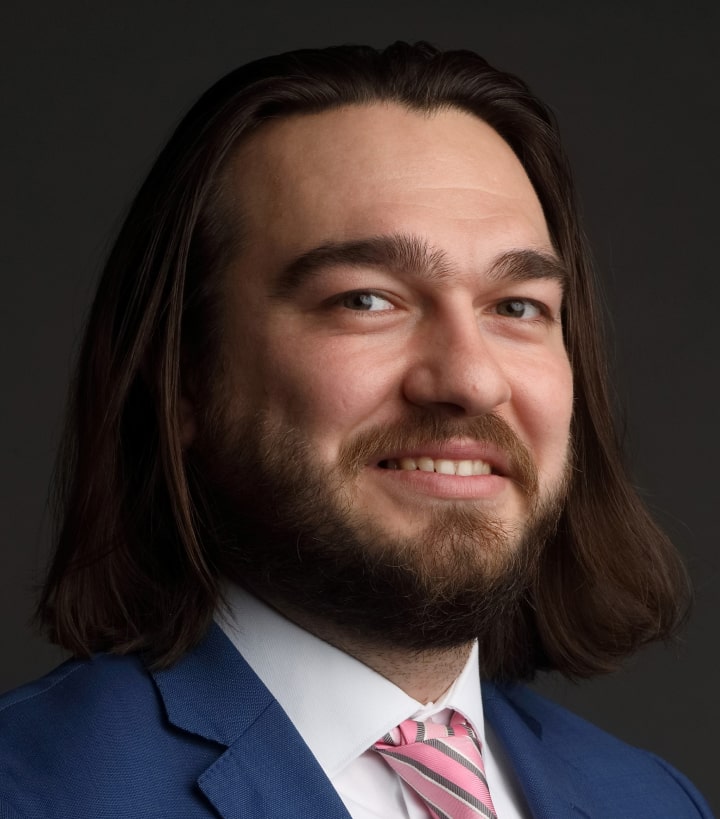 Prior to joining Polyus Mr. Drozdov worked as a research analyst of metals and mining sector at VTB Capital. He was a part of the team, which for many years in a row was rated as one of best in the sector within both the CIS and EMEA regions, according to annual institutional investor surveys. He began his professional career at the Russian investment bank Troika Dialog, where he was part of equity sales force. 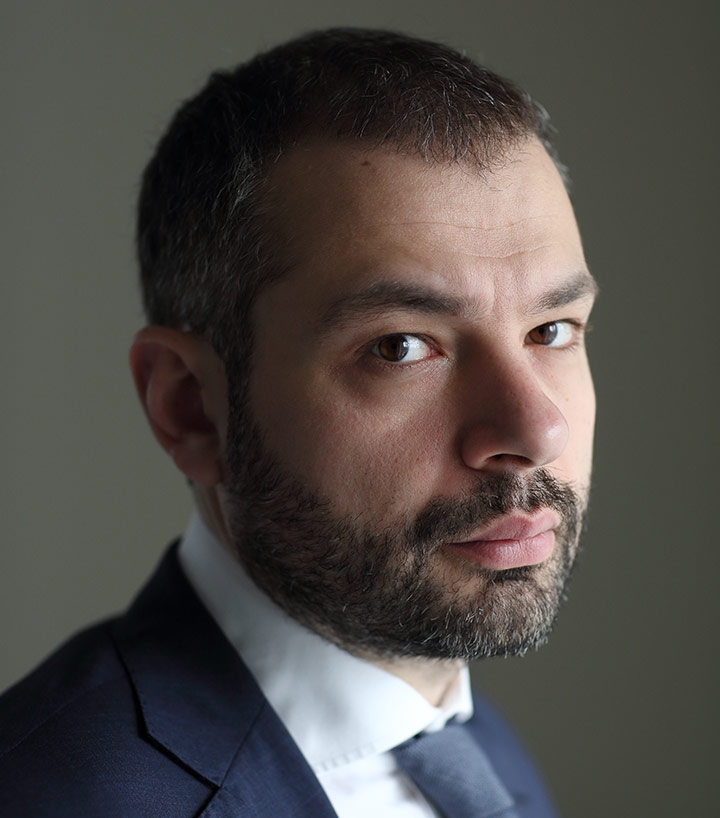 Mr. Feliks Itskov has a wealth of experience in managing supply chains, transportation and warehousing logistics. Prior to joining Polyus, he spent two years at OJSC ANK Bashneft, where he was responsible for procurement and supply functions. Whilst there, he centralized the processes of materials and consumables procurement and supply for all the production, processing and sales companies and implemented the company’s strategy for improving logistics efficiency and performance.

Prior to joining Bashneft, Mr. Itskov was Vice President, Supply Chain Management and Infrastructure at TNK-BP. In 2012, he was recognized as the most effective young top manager in the company. At TNK-BP, he was in charge of materials and services procurement and supply to the processing and trading companies within the Group. He was also responsible for the transportation, power efficiency and outsourcing functions of those companies.

Mr. Itskov graduated with honours from the STANKIN Moscow State Technological University with a degree in economics and company management and successfully defended his Ph.D. thesis on mathematical methods in economics. 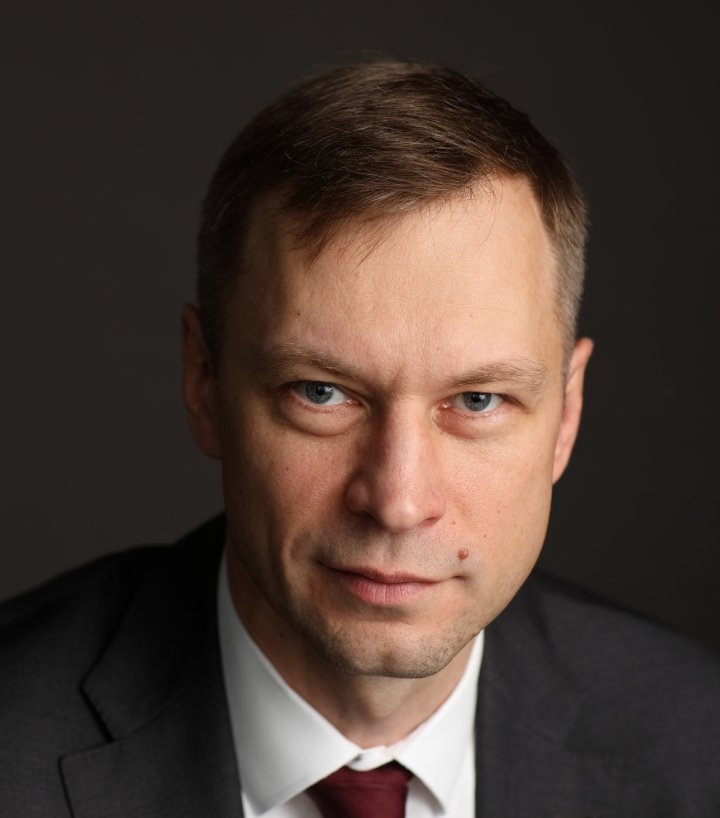 Mr. Stanislav Pisarenko joined Polyus in 2015 as Legal Services Director and was appointed Vice President for Legal and Property Affairs in 2021.

Prior to joining Polyus, he developed and managed legal services at several vertically integrated companies, including RUSAL, Chelyabinsk Pipe Plant, Evolution Holding, and Gazprom Gasenergoset, where he also supervised legal support for operational and project activities. As part of his work for the four companies, Mr. Pisarenko implemented projects to transfer functions of the sole executive body to the management company and established end-to-end legal support within a holding company.

At various times during his career, Stanislav held the status and exercised the powers of an Arbitrator under the Russian Gas Association (non-profit partnership), worked as a Commercial Court Assessor under the Moscow Commercial Court, and held the position of an Assistant to Chairman of the State Duma Committee on Industry, Construction and High Technology. He was also a member of the law drafting teams of the Committee on Metallurgy under the Russian Chamber of Commerce and Industry, as well as a Board Director in several companies of RUSAL and Evolution Holding.

Mr. Pisarenko graduated from the Siberian Federal University with degrees in Law and Economics. He completed a postgraduate course at the Russian Presidential Academy of National Economy and Public Administration. 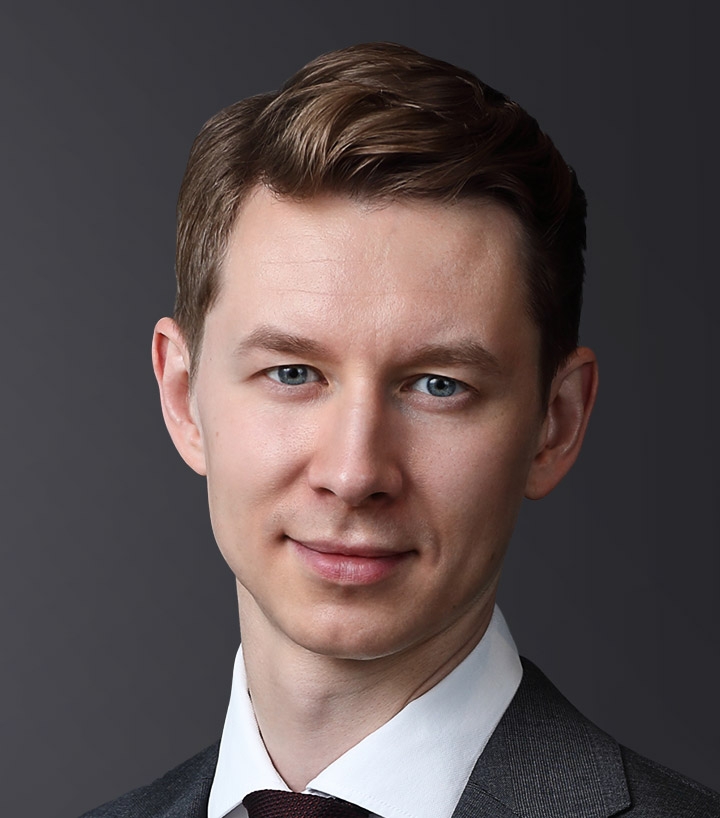 Anton Rumyantsev joined Polyus in 2013 as Director for Investments and then was appointed Director for Corporate Finance in 2014 and promoted to Vice President for Strategy and Business Development in 2019.

Prior to joining Polyus Mr. Rumyantsev worked as a research analyst of metals and mining sector at Sberbank CIB (until 2011 known as Troika Dialog), a corporate and investment banking arm of Sberbank, Russia’s largest financial institution. He was a part of the team, which for many years in a row was rated as best in the sector within both the CIS and EMEA regions, according to annual institutional investor surveys.

Mr. Rumyantsev graduated from the Siberian Federal University with a degree in international economic relations. 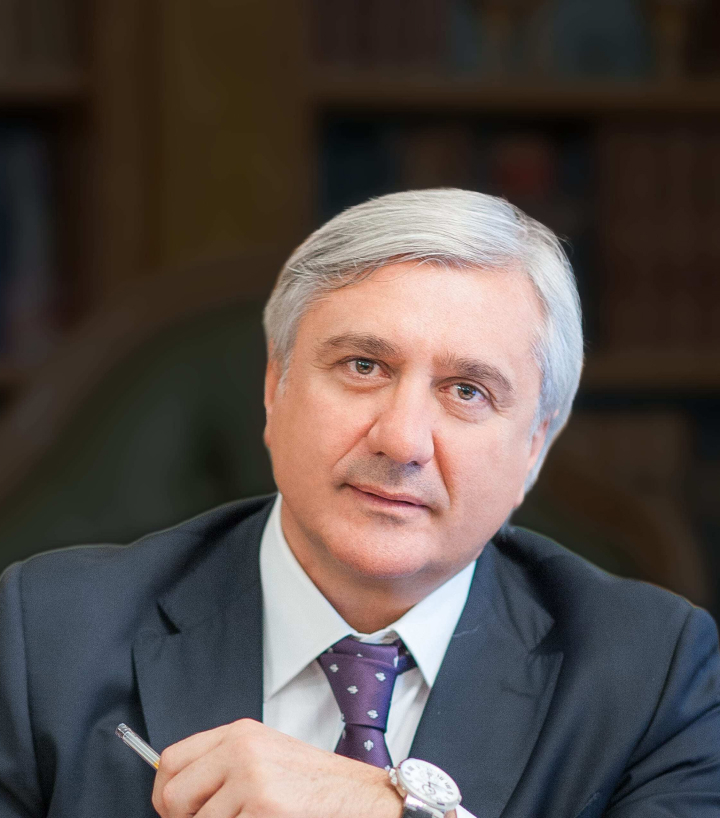 Akhmet Palankoev is the president of the ACROPOL group of companies as well as a controlling shareholder of JSC «Donugol», large producer of high-quality industrial anthracite. Prior to that, from 1998 to 2010 Mr Palankoev served as the President and Board Chairman of the commercial bank ACROPOL.